The use of this list is to help identify the CAD layers to be updated without need to operate on all CAD layers.

If the QGis layer (shapefile/geopackage) is a POLYGON layer, then in the corresponding dxf file all features will be stored in the CAD layer called “Boundary” (it is assigned by default by the QGis algorithm).

If instead the QGis layer (shapefile/geopackage) is a LINE layer, then in the corresponding dxf file all features will be stored in the CAD layer called “Line” (it is assigned by default by the QGis algorithm).
In this example, the dxf file ‘’V_BLDG_SHED----E” will be used, to be replaced into the Compiled map file. This layer is a POLYGON layer. In the example, directions are given for both POLYGON and LINE layers. 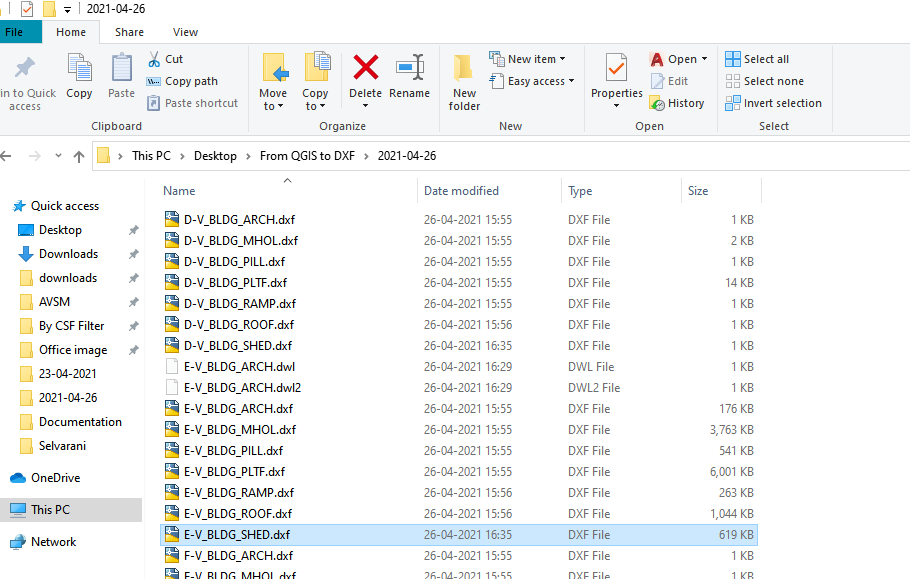 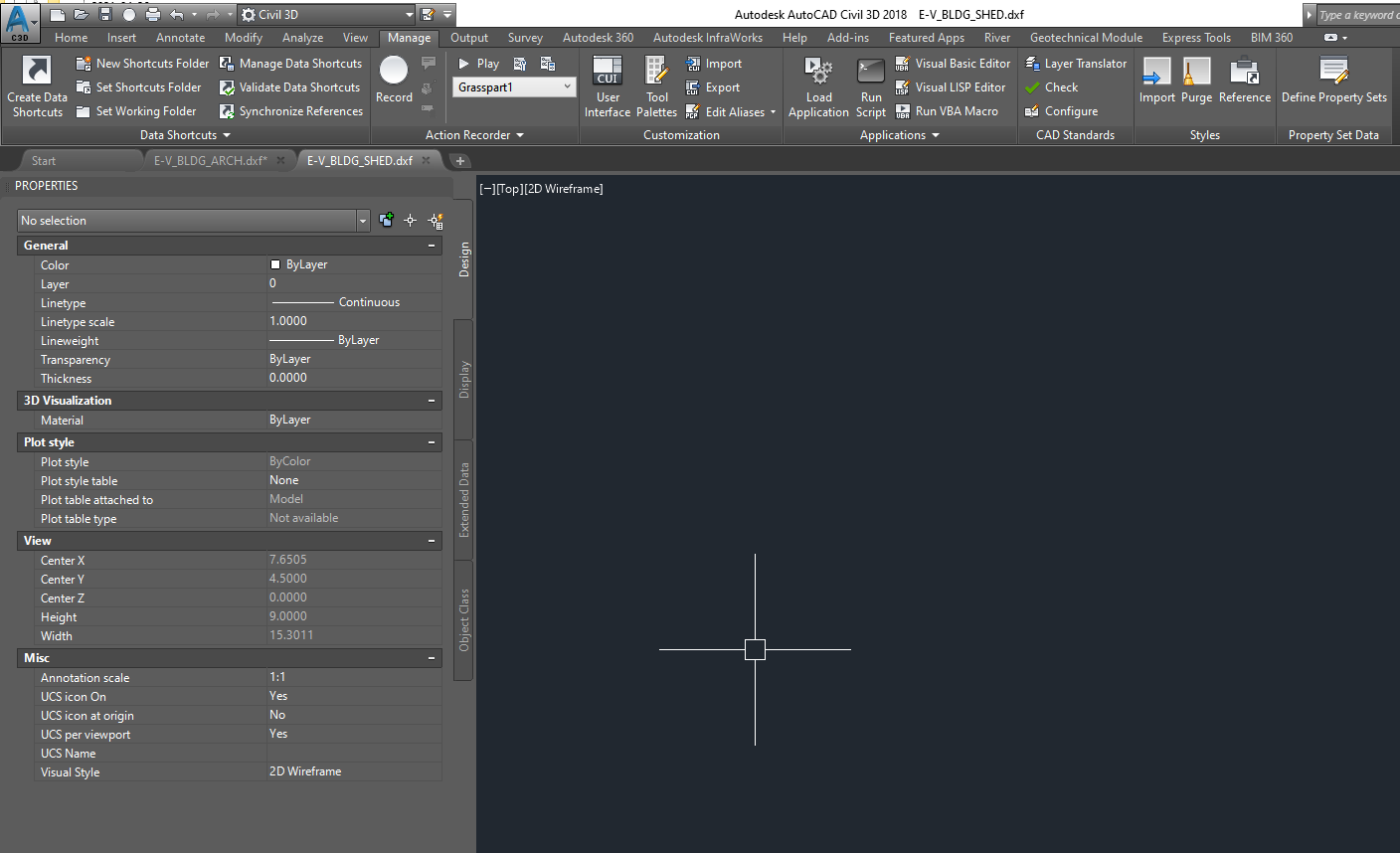 The next steps are executed by macros, which have been defined differently for POLYGON and for LINE layers.
If it is a POLYGON layer, the first macro will zoom-extent to all the objects in the layer, and then change the current layer from ‘0’ to “Boundary” layer.
If it is a LINE layer, the current layer will be changed to “Line” layer.
The macro also turns off the visibility of all other layers in the drawing.
To run the macro: 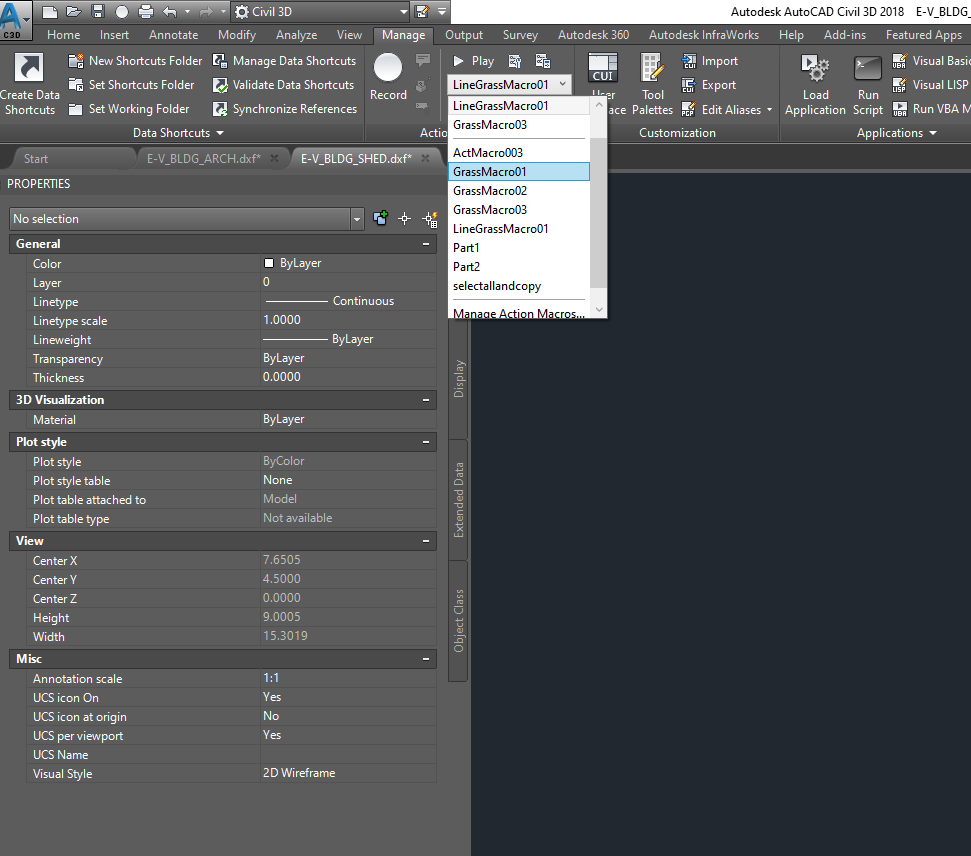 As a result, the Macro performs the zoom-extent of all features in the layer, makes the Boundary/Line layer current, and turns off all other layers. 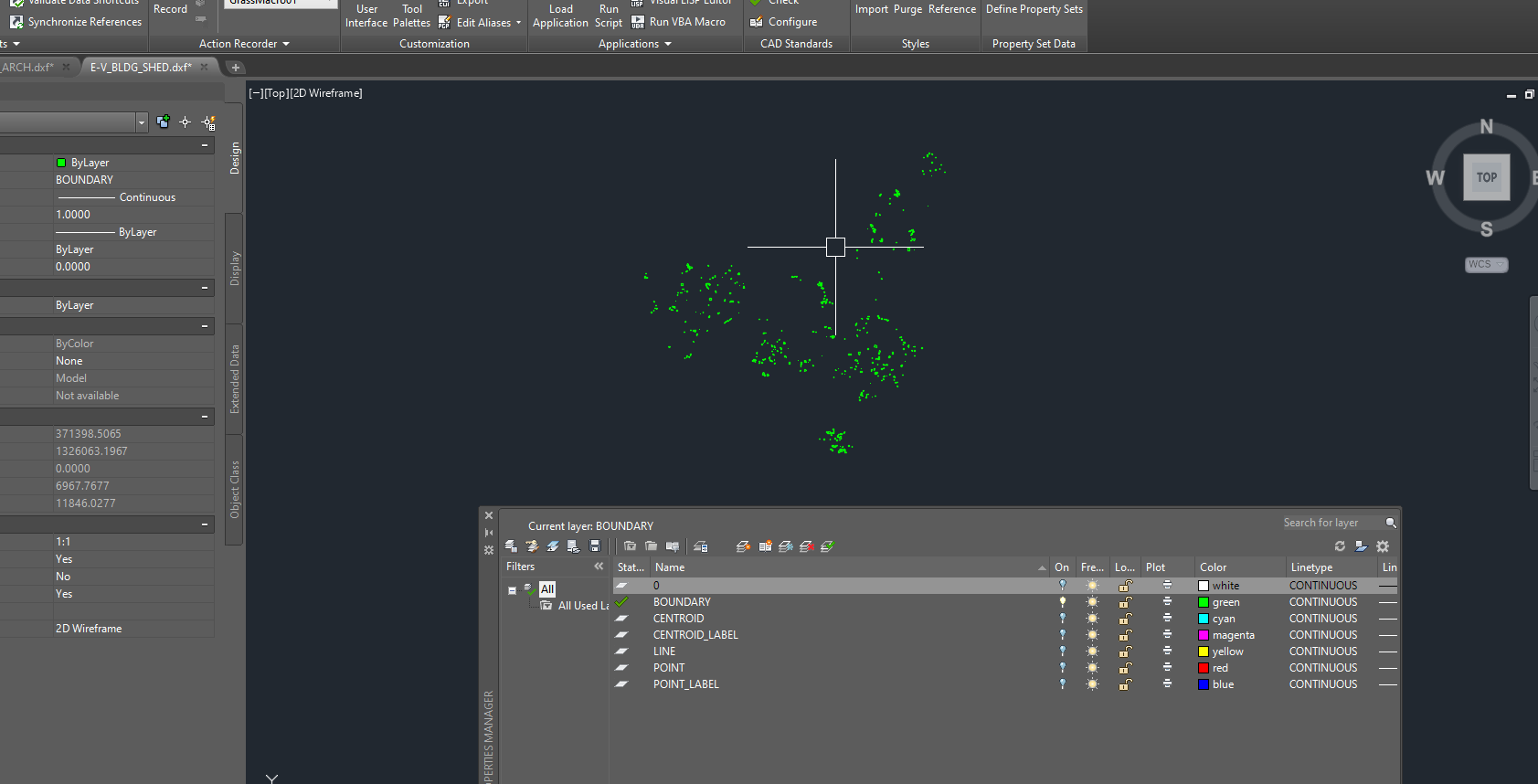 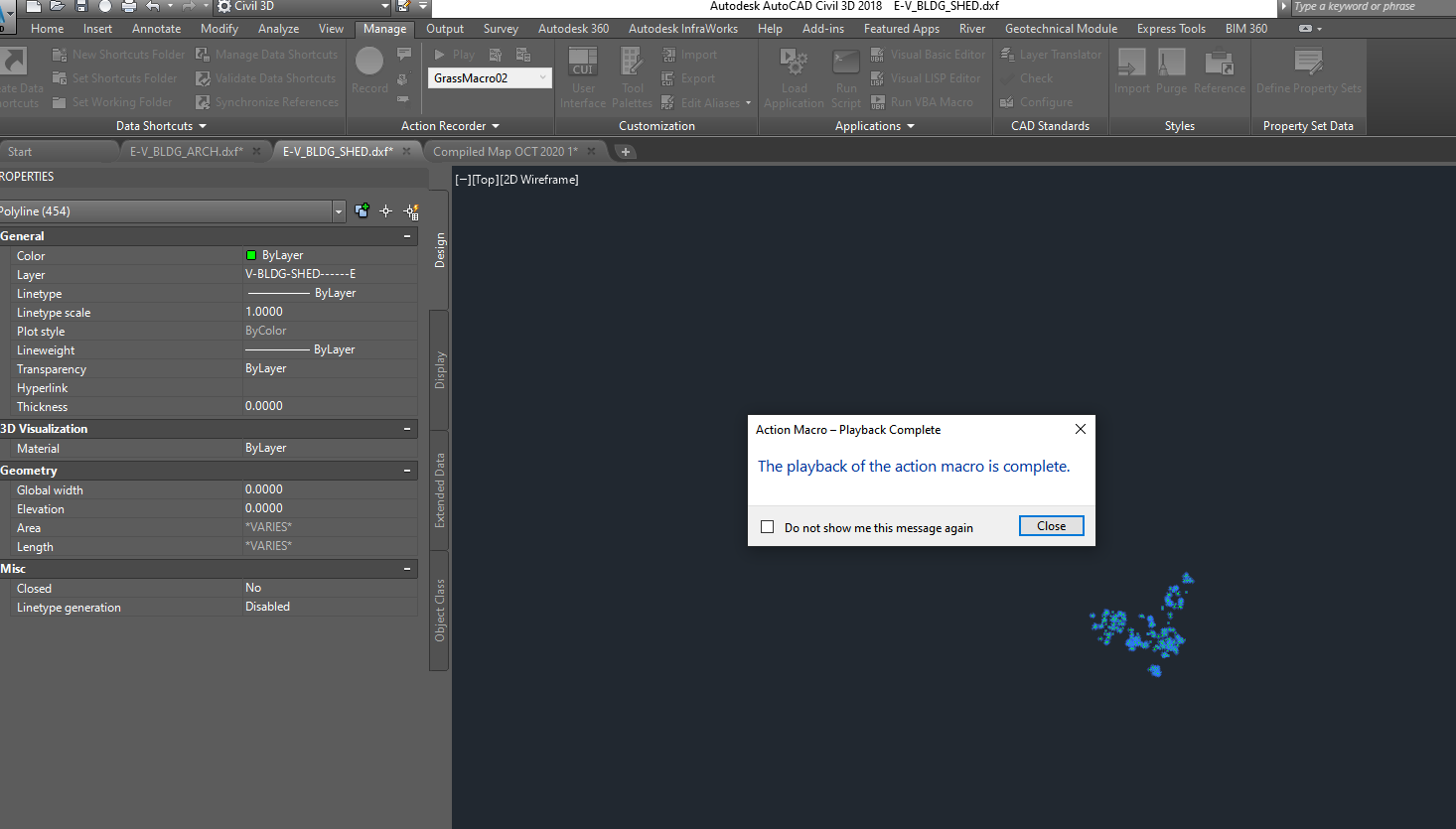 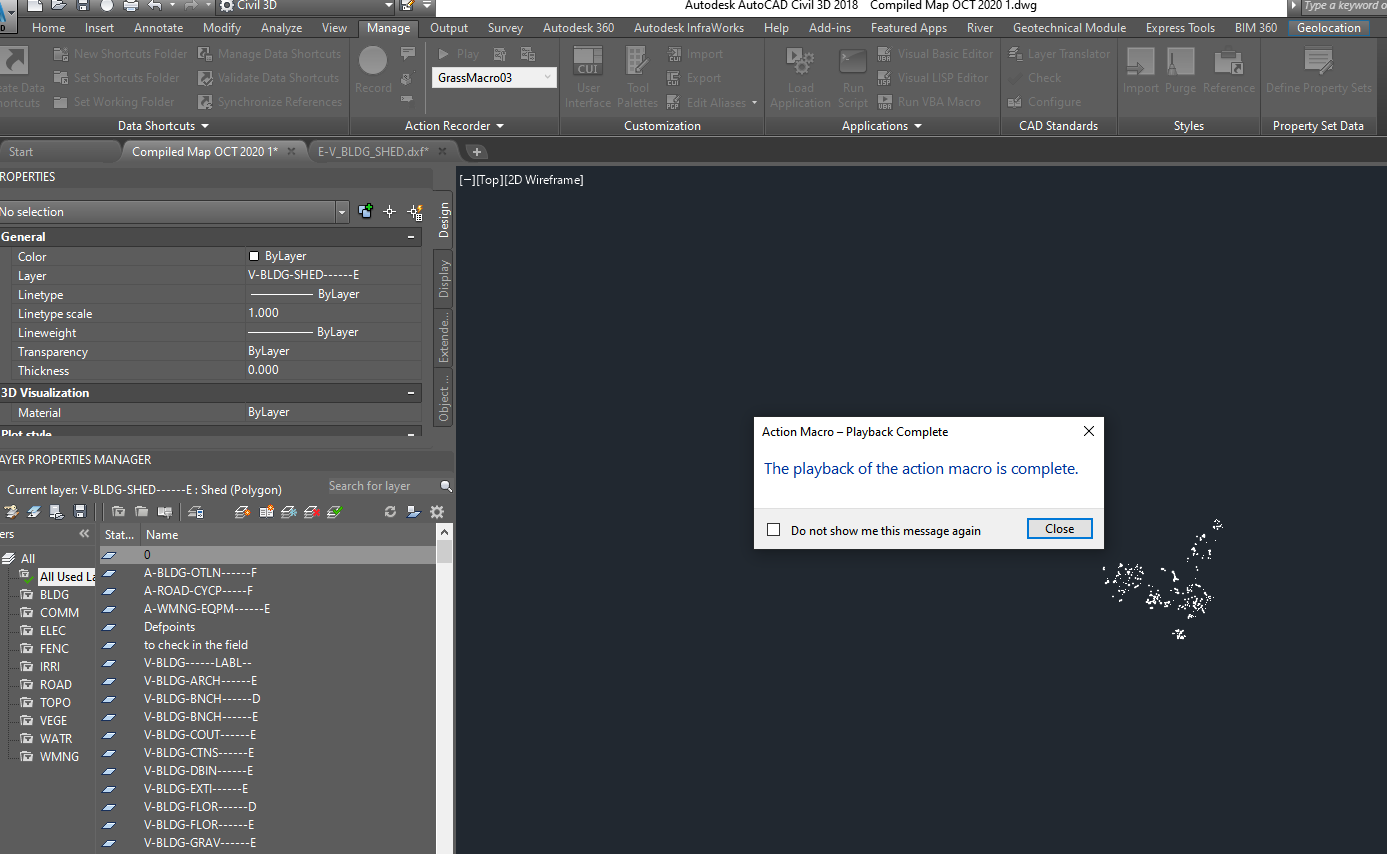